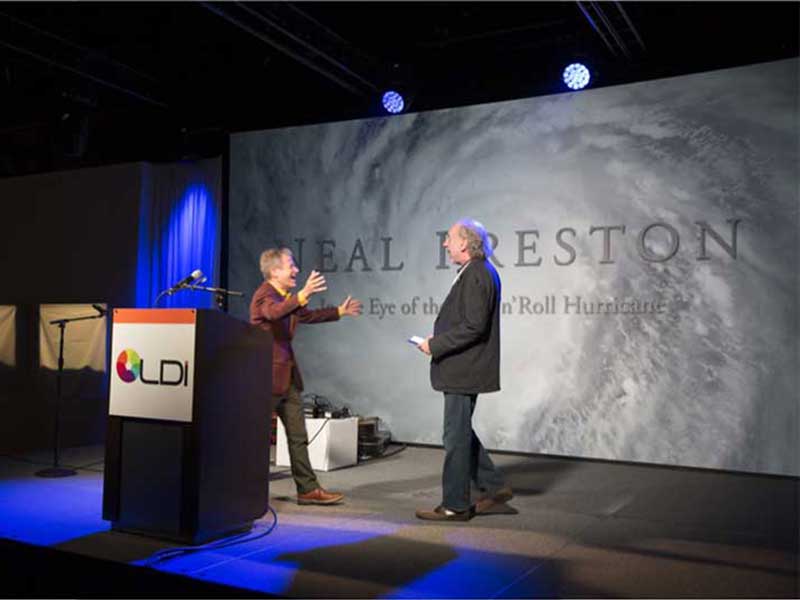 Following the huge success of the “In the Eye of the Rock’n’Roll Hurricane” exhibition at its previous venues, the new version at the LDI Show in Las Vegas has been received with equal enthusiasm.

After Paderborn, Iserlohn, Frankfurt and Montreux, Las Vegas is the fifth station on the tour of the exhibition, which once again covers over 1000 m². Alongside familiar works from earlier exhibitions, the Lightpower Collection also put some new acquisitions on display. These images, which had never been on public view before, served to underline the wide range of the collection.