Neal Preston is one of the most highly respected photographers in the history of the music business. His career in photography,which started in high school and continues to the present, has spanned well over 4 decades. Through his body of work Preston has made a significant contribution to the pop culture historys of multiple generations. His archive stands as one of the music industry’s single most elite (and extensive) photographic collections.

For years, his photographs have appeared in every conceivable media outlet: on the covers and pages of hundreds of world-class magazines, newspapers, and books, on television shows, in feature films and documentaries, in Broadway show programs and billboards, in print and electronic advertisements, and on innumerable vinyl and CD/DVD packages. Additionally, he was the key contributor to VH-1’s acclaimed “Behind the Music” documentary series, providing over one thousand still photos used in over 50 episodes.

Although Preston is best known in rock circles as Led Zeppelin’s U.S. tour photographer in the mid-1970’s, his rock-and-roll travels have taken him around the world many times. He has visited Russia with Billy Joel, Japan with Bruce Springsteen, Madonna, and Michael Jackson, China with Wham! , South Africa with Whitney Houston, Canada with Heart, Japan with Duran Duran, and Mexico and South America with Queen in both 1981 and 2015. 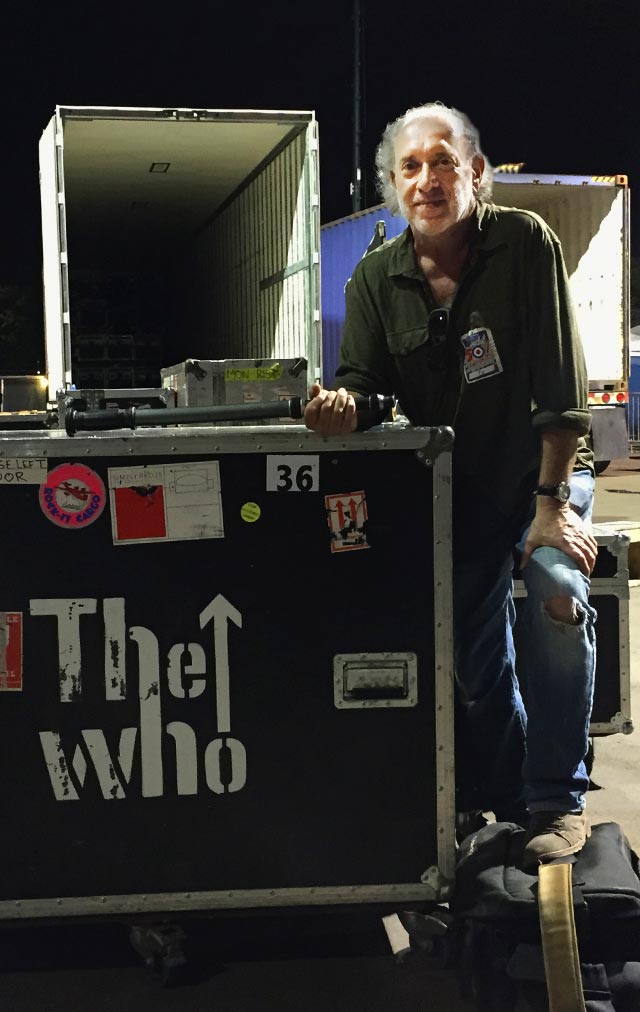 In 1985, Preston was chosen as one of the official photographers for the Bob Geldof’s “Live Aid” concert at London’s Wembley Stadium. In 1988 his association with Bruce Springsteen helped land him the job as official tour photographer for Amnesty International’s legendary “Conspiracy of Hope” tour, a 5 week world trek with Sting, Peter Gabriel, and Tracy Chapman appearing along with Springsteen.

An accomplished photojournalist, Preston has shot stories and covers – not only on musicians- for a multitude of world-class magazines including Newsweek, Time, and Rolling Stone. In 1980 he began a 30 year-long relationship with People Magazine and to this day remains the most-assigned photographer in the history of the magazine, with almost 700 shoot days to his credit.

A true sports fanatic, Preston has worked at six Olympic Games, from the 1984 Winter Games in Sarajevo, Yugoslavia to the 2006 Winter Games in Turin, Italy. Preston has also photographed many other major sporting events including heavyweight title fights, the World Series, NBA and NFL playoff games, the U.S. Figure Skating Championships, and World Cup soccer matches. His sports photos have been published worldwide in such magazines as TV Guide, ESPN Magazine, Paris Match, and Sports Illustrated.

After joining the International Cinematographers Guild in 1999 , Preston served as both the “unit” and “special” photographer for the feature films “Almost Famous”, “Vanilla Sky”, “Elizabethtown” , “We Bought a Zoo”, and “Aloha” , and recently completed work on season 1 of the Showtime television series “Roadies” (all directed by Cameron Crowe). Besides creating the key art for those projects, Preston also provided photos used in the feature films “ *61”, “Singles”, “Laurel Canyon” and “Pick of Destiny” among others.

In 2006 he began publicly exhibiting his music photography with a one-man show at the Morrison Hotel Gallery’s Los Angeles location. The show was highlighted by an opening night VIP fundraiser benefiting the Stevie Nicks Soldier’s Angel Foundation. That gala (with Ms. Nicks co-hosting) raised over $25,000 from print sales in one evening. His subsequent exhibition at Morrison’s New York City site was the most successful show in the gallery’s history.

In June of 2010 Preston cemented a relationship with the Hard Rock Hotel and Casino in Las Vegas, becoming the first photographer to mount a one-man exhibition of his work on the premises. His work is part of the Hard Rock’s permanent memorabilia collection and Preston’s limited-edition exhibition prints are offered for sale to the public through the Hard Rock retail store. In 2014 Preston began a relationship with the German lighting company Lightpower GmbH and helped create the Lightpower Collection, which has held major exhibitions in Frankfurt, Las Vegas, Zurich and Stockholm.

Preston’s work has been displayed at such elite institutions as the Smithsonian in Washington D.C., the National Gallery in London, and the Rock and Roll Hall of Fame in Cleveland, Ohio . His iconic photograph of Freddie Mercury is part of the permanent photo exhibit at the new Wembley Stadium in London. His work is included in the permanent collection of the new Yankee Stadium in New York, and close to 100 of Preston’s photographs adorn the walls of the newly renovated Forum in Inglewood, California.